Understanding How Money Moves in Disasters

Our records don't show you as a member OR you are not logged in with your Member Account. Consider joining NAO to receive benefits!

Registration is closed for this event

Grantmakers of Oregon and Southwest Washington and Nonprofit Association of Oregon are partnering to host an online webinar about funding dealing with a natural disaster, especially the recent wildfires.

Regine Webster, Vice President, and Kim Maphis Early, Senior Associate at the Center for Disaster Philanthropy will be joining us for a conversation about disaster and the financial streams that undergird disaster recovery. They will examine the various roles that government, philanthropy, and nonprofits can play, particularly as advocates for an equitable recovery, and share resources that can provide data and best practices to inform organizations working in the sector.

*If you have already registered on the Grantmakers of Oregon and Southwest Washington page, you do not need to register on this page. You will receive the correct link to join the day before the webinar.*

Please send questions and comments ahead of the session to training@nonprofitoregon.org

*Space is limited to 500 participants. Please note that a recording of this webinar will be made available on NAO's webinar page for later viewing.

About the Presenters and Facilitator

Kimberlee Maphis Early is a senior associate at the Center for Disaster Philanthropy. Following 20 years of leadership in religion and higher education, Maphis Early coordinated a nine-year national college and university grant initiative at Lilly Endowment Inc.  Since that time she has done research and writing as a consultant to service organizations, educational centers and philanthropic foundations in the areas of financial aid and student services, student indebtedness, program evaluation, and curriculum development around issues of poverty alleviation and asset building.  She began her work in the arena of disaster preparedness and response at the invitation of the Jessie Ball duPont Fund, and in 2012, the duPont Fund published her study, Creating Order from Chaos:  Roles for Philanthropy in Disaster Planning and Response, based on the experience of funders responding to the April 2011 chain of tornadoes in Alabama. 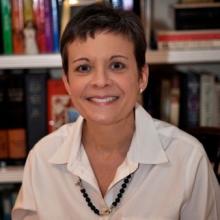 Regine A. Webster leads the grantmaking and consulting teams. She also heads up CDP’s major educational initiatives including the annual Measuring the State of Disaster Philanthropy report and the Disaster Philanthropy Playbook. A frequent blogger, presenter and webinar panelist, Regine is committed to sharing her deep knowledge and true passion for the work.

In 2010, Regine became founding executive director of the Center for Disaster Philanthropy, an organization aimed at transforming giving toward domestic and international disasters. CDP has matured into a trusted voice and philanthropic force, including awarding nearly $9 million in grants from its Hurricane Harvey Disaster Recovery Fund. Regine now serves as CDP vice president and her personal reach spreads beyond the organization. In addition to holding speaking engagements that inspire and educate in the disaster philanthropy realm, Regine has been actively involved in volunteer leadership positions on local and national-level boards and committees.

She is one of only a handful of people nationwide who have managed a dedicated disaster portfolio for a foundation. As program officer, consultant and fellow in the Global Health and Global Development divisions of the Bill & Melinda Gates Foundation in Seattle, Washington, she led the Foundation’s $15 million Emergency Relief portfolio; managed complex grantmaker/grantee relationships across 20 international non-governmental organizations; and developed and executed more than 90 grants totaling more than $50 million to address crises in South Asia, Sudan, Iran, the Caribbean and other areas. Regine also served as a senior associate with Arabella Advisors, supporting the firm’s response to Cyclone Nargis in Myanmar, as well as earthquakes in Chile and Haiti.  She has worked as a consulting program officer to the Conrad N. Hilton Foundation in Century City, California. There, her duties included co-leading the development of the Foundation’s response to Hurricane Katrina in August 2005 and the Pakistan earthquake the same year. She also co-wrote and revised the Hilton Foundation’s disaster response strategy. 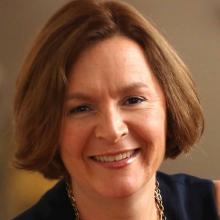 Kendall joined GRANTMAKERS of Oregon and Southwest Washington in January, 2018. Prior to her work at GRANTMAKERS, Kendall was the Executive Director of the American Leadership Forum of Oregon (ALFO), a statewide organization dedicated to bringing together leaders from various sectors throughout the country to deepen their leadership skills and strengthen their commitment to collaboratively work on public issues. Under Kendall’s leadership, ALFO launched a program to address Oregon’s urban rural divide, an effort designed to understand differences, find community, inspire collaboration and create opportunity.

Kendall, who is also a graduate of the ALF program, previously served as the Deputy Chief of Staff for former Oregon Governor John Kitzhaber, MD, and current Oregon Governor Kate Brown where she was responsible for leading a department that included the Governor’s Executive Appointments, Constituent Services, Economic and Business Equity, Arts and Culture, and Affirmative Action/Diversity and Inclusion.

In addition to her work in state government, Kendall has worked in nonprofit management for 24 years. Her leadership roles include serving as Vice President of the United Way of the Pioneer Valley in Springfield, Massachusetts and as Executive Director of the Q Center in Portland. Kendall currently serves on the boards of Portland Parks, the National Board of the American Leadership Forum, Planned Parenthood of the Columbia Willamette and the United Way of the Columbia Willamette. 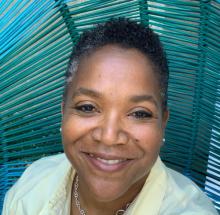 Jim currently serves as the Executive Director of the Nonprofit Association of Oregon. He began this assignment in October of 2012. Jim is deeply committed to social change and has worked in the nonprofit sector both domestically and internationally for more than 20 years. He has a passion for affecting systemic change in the way that the public, private and nonprofit sectors work together to support and strengthen civil society. He is specifically skilled on working to build alliances and partnerships with mission and results driven outcomes in mind.

Thank You Funders and Supporters

Thank you to the following FUNDERS and SPONSORS who are supporting NAO’s online COVID-19 events and communications during these challenging times. Their support is vital in helping NAO to bring much-needed resources and information to Oregon’s nonprofits – thank you.

A link to access webinar will be provided in registration confirmation e-mail and e-mail reminder prior to event date.

If you have any questions or trouble registering contact training@nonprofitoregon.org.

Please help us and let your friends, colleagues and followers know about our page: Understanding How Money Moves in Disasters

You can also share the below link in an email or on your website.
https://nonprofitoregon.org/civicrm/event/info?id=3809&reset=1
empowered by
CiviCRM