From the Executive Director Desk - June 2019

Our records don't show you as a member OR you are not logged in with your Member Account. Consider joining NAO to receive benefits!

A jam-packed summer – both work and play!

Like the lightning and thunderstorms blowing through Oregon in recent days, politically it has been an intense, blustery, and sometimes damaging June as the Oregon legislative session draws to a close and important battles are fought in Washington D.C. At both the national and local level nonprofits played a big role and had much to gain or lose for the missions and communities they serve.

NAO joins nonprofits across Oregon and the U.S. celebrating the U.S. Supreme Court’s decision that effectively keeps the untested and unnecessary citizenship question off the 2020 census questionnaire. The SCOTUS decision on June 28 leaves open the possibility that the question may still make it on to the census form; however, the amount of time available to resolve the issues at a lower court level and bring it back makes it highly unlikely. Many nonprofits, including NAO, who are working to ensure everyone is counted in 2020, view the SCOTUS decision as an important victory. The decennial census is mandated by the constitution and census data are used to allocate federal funds and political power between the states. Oregon is expected to gain at least one congressional seat as a result of the 2020 census. Additionally, the census data is used by many businesses, government entities, and nonprofits when making decisions in programming and resource allocations over the next decade. Anything less than a fair, accurate, and complete count would hurt everyone throughout the United States.

Closer to home, but still making national news, you have probably been reading quite a bit about the Oregon Senate Republican walkout in recent weeks over a controversial climate change bill HB2020. The bill proposes to create a Climate Policy Office within the Oregon Department of Administrative Services and directs the office to adopt Oregon Climate Action Program. The OCAP would establish a “cap and trade” system for controlling greenhouse gases. The Oregon Senate needs a quorum of at least 20 members to conduct business. There are 18 Democrats, meaning at least two Republican senators need to show up in order for the Senate chamber to vote on bills. The standstill has caused not only the HB2020 bill to stall out, but will likely mean 100 other bills, many of which impact or are broadly supported by nonprofits, will also likely die before the end of session is declared. Governor Brown has already stated she is prepared to call a special session of the legislature to finish the business left undone this session. We will update you all in a special policy update on which bills we were tracking for you got through and which didn’t.

One very surprising bill that did get through the session was the HB3309 with nearly unanimous bipartisan support; a law that would build elementary schools and fire stations in tsunami zones! Any of you who regularly read NAO’s Oregon Nonprofit Digest knows that I am deeply concerned about the preparedness of Oregon communities and nonprofits to survive, respond, and recover from disasters. This terrible policy passed by our lawmakers only increases the pressure on nonprofits to be prepared for all types of disasters, including the Big One, because government facilities won’t be. NAO is working with a number of organizations to bring training and resources to nonprofits around the state to aid in your preparedness. Keep watching our upcoming trainings for dates and events near you.

This issue of NAO’s Oregon Nonprofit Digest is full of great information and some important announcements: we have partnered with Impact Benefits and Retirement to offer a retirement plan that fits the needs of nonprofits; we are releasing NAO’s Learning Strategy for you to understand how we work to help you gain the knowledge and tools you need to lead your nonprofit; and we are releasing our request for presenter proposal for our 2019-2020 learning events and convening. Please take time to read through the information and, as always, please let us know how we can help you. 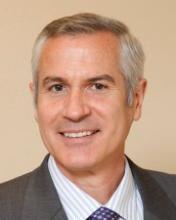